A Complete Guide to Lazy Loading Images on the Web

Images make up a large percentage of the bytes sent over the web every day. Optimizing how images are loaded can improve the overall delivery and user experience on your website. Without wasting too much time, let’s get into it.

What is lazy loading? According to Wikipedia, “Lazy loading is a design pattern commonly used in computer programming to defer initialization of an object until the point at which it is needed.” In regards to images, this simply means deferring loading of an image until when the user would most likely need it. This could be when the boundaries of the image are currently in the viewport i.e. currently visible on the screen or when the user is performing an action that would require the image later.

The easiest way to lazy load an image is by using the new loading attribute in Chrome. According to Google, starting with chrome 76 they will be adding native support for lazy loading of images and iframes. Lazy loading can hence be achieved like so:

While this is quite neat, it’s only available in chrome 76 and there’s no guarantee that other browsers would implement it. Hence to ensure a consistent cross-browser experience, we can add a fallback using another technique.

The Intersection Observer API(IO) exposes a simple interface that allows web developers to “observe” elements in the DOM and get notified when an element is in the viewport i.e. in the visible region of the screen. An intersection observer can be instantiated like this:

I’ve created a repo on GitHub that I’ll be referencing so you can use it to follow along. You can also preview the demo app to see the final results.

To start with, I have a couple of img tags with a data-src attribute in my index.html. The reason is that once the src attribute has been set on an img tag, the browser immediately starts downloading the image and there is no way to stop it. At the bottom of main.js, I start the app by calling app.start. The app object looks like this:

start is a property whose value is a function which does some feature detection and initialization.

We’ll look at loadImg() in a moment but first, let’s look at observeImage(). All this function does is create an IO with a callback isImageIntersecting() and then calls observe(image). Note: I didn’t use the optional second argument of IntersectionObserver() so the browser will use its defaults.

The IntersectionObserver() constructor passes two arguments to isImageIntersecting(): entries and observer. entries is a list of all the elements being observed by the IO. observer is IO itself.

isImageIntersecting() is where some of the magic happens. The function looks like so:

Inside the function, we loop through the array of entries and check if each element is intersecting the viewport i.e. currently visible. If the element is in the viewport, we get the DOM element (entry.target) and call loadImage(img, observer) with the element and the observer as arguments.

One thing you may or may not have noticed is that loadImage() has an optional second argument: observer. By default, it’s set to null. The reason for this is loadImage() is called anytime we want to load an image, which also happens when we are not using IntersectionObserver() for lazy loading images in chrome 76+. So both of the calls below are valid:

If an observer was passed, we unobserve the image so the function does not keep getting triggered which re-downloads the image. 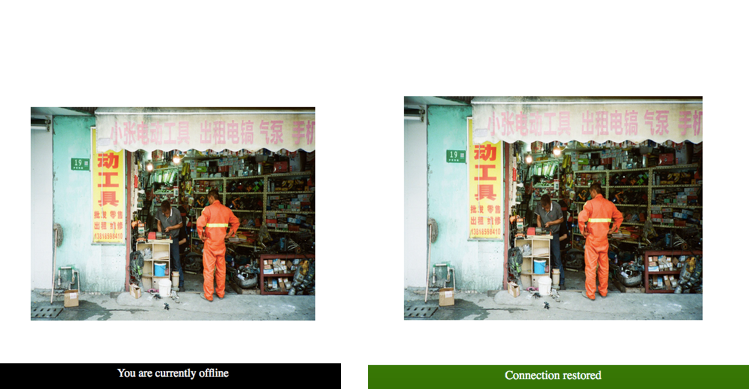 To wrap up this article, one thing that’s neglected most of the time is styling broken images. What happens when an image fails to load because the location of the image has changed or it has been deleted. By default, we get this:

But we can do better. So let’s do better. In her article on styling broken images, Ire Aderinokun explained that when images fail to load, the :before and :after pseudo-selectors become available and can be used to style the appearance of broken images. Hence we can add some text to inform the user that the image failed to load like so:

We can even make it better by using the CSS attr() to get the alt text of the image so the user gets an idea of the contents in the image.

Adding more styles to that, we get a much nicer look if images fail to load. 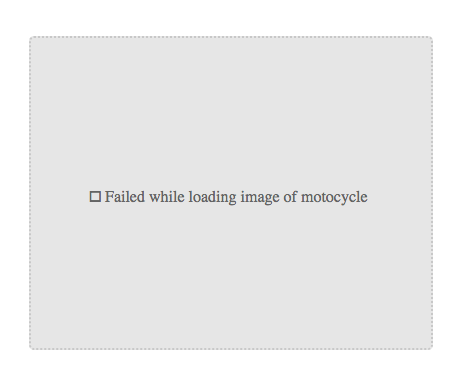 Thanks for reading. If you’ve enjoyed this article or found it useful, please share the article and leave a star on the GitHub repo.